1 kilometer of meadow brook, tributary to the river Gail

The Mühlbach is a branch of the Valentin stream that flows among the houses and through the meadows of Mauthen. On the edge of town, where the Lederer sawmill is found, the fishing district begins. The waters snake through a kilometer of meadows and shrubberies before they flow into the Gail. Anglers reach the stream through Mauthen or the right waterside footpath along the Gail. There is such a large quantity of fish and so many graylings that even beginners will get lucky! 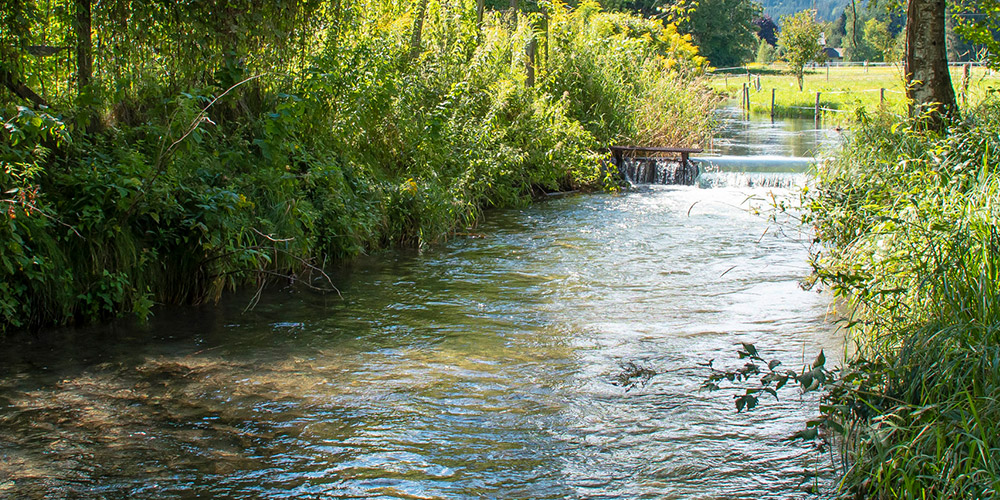 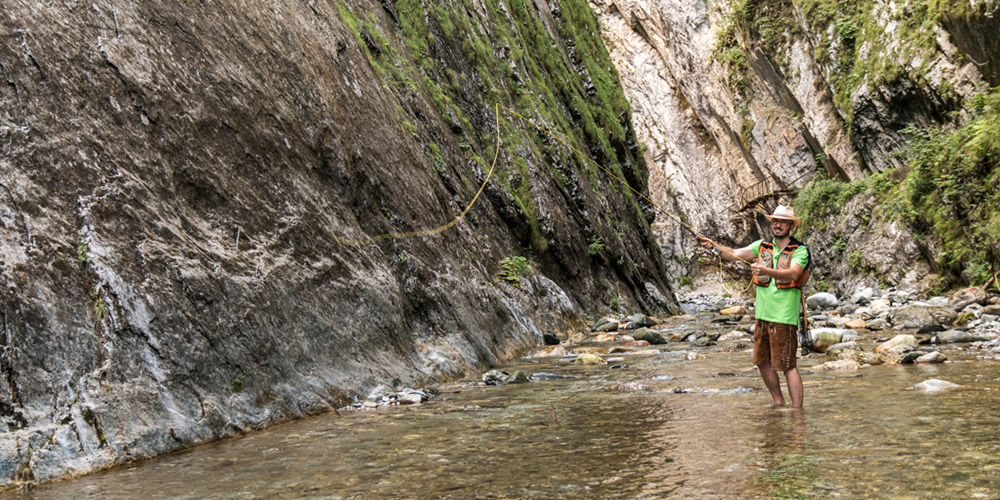 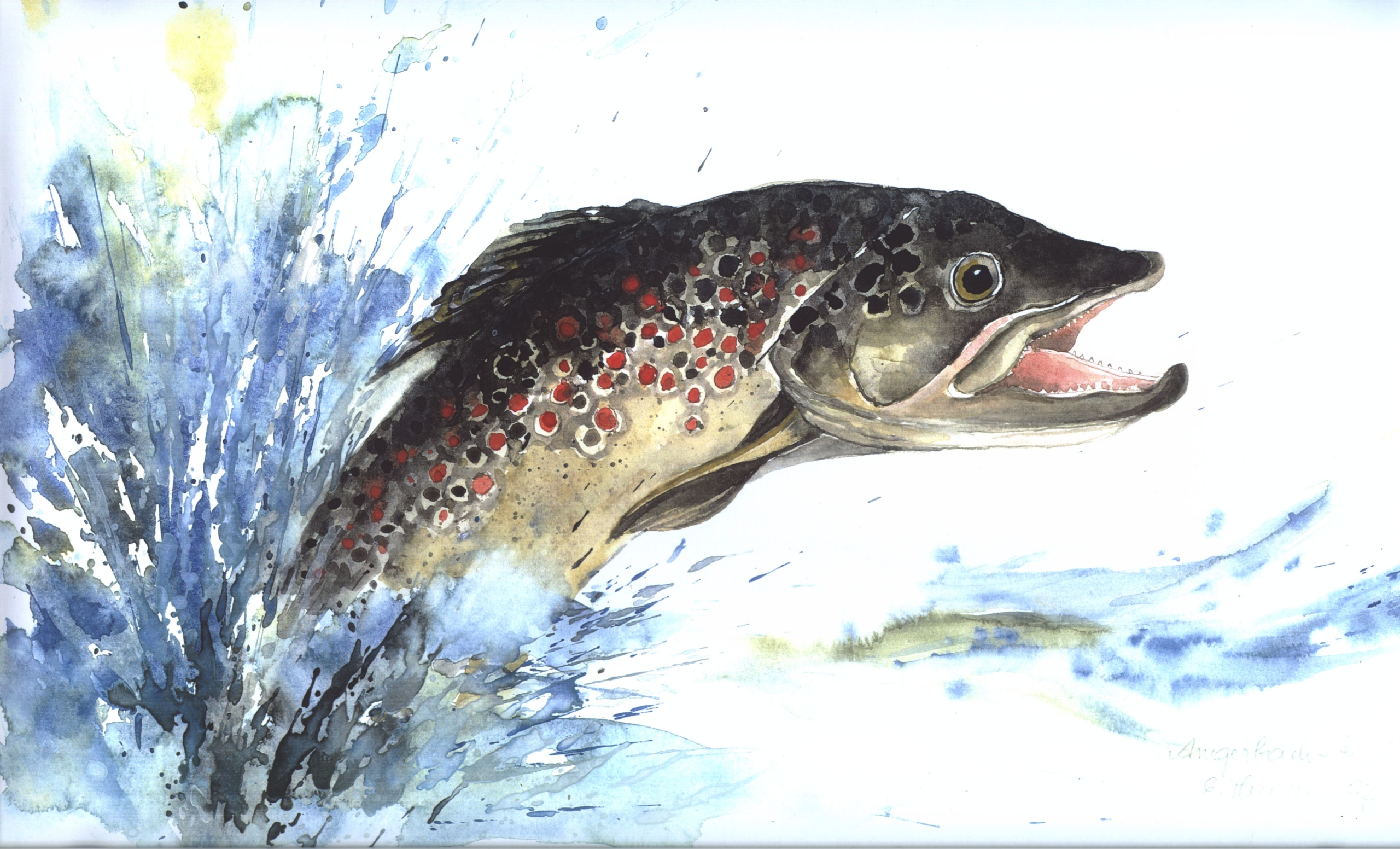 The well known canyon starts in Mauthen. From there, the Valentin stream snakes through a wild-romantic canyon with 300 meter tall cliffs. Fishers can reach the first 1,5 kilometers on an inspection trail. The fish are very shy so anglers won’t net a catch if they don’t carefully creep up to the waters. Since the canyon is very shady, there are a many but also smaller fish. At the end of the developed trail, water shoes and helmets will allow fishers to explore the inner canyon.

The upper section of the gorge can be easily reached from the road of the Monte Croce Carnico Pass (Plöckenstraße). Starting from about 600 metres after the Ederwirt inn, following the old Roman road, one reaches the Valentin. The mountain stream flows towards the gorge through all of eight waterfalls. The deep green colour of the pools is astonishing. There are multitudes of small darting fish as well as some large specimens of common trout and of beautifully coloured char. This part of the Klamm is not at all suitable for angling with a fly-hook but is beautiful thanks to its landscape as well as being a very demanding excursion, a real challenge for the body.

4 kilometers from Grünsee lake to the spring

In the alpine Angerbach valley, that climbs slowly and constantly from 1200 to 1500 meters, it is possible to dedicate oneself to contemplative angling, immersed in a charming alpine landscape.The course of the stream is very varied: natural damns create deep pools; after large flat and pebbly areas the water becomes frothy and forceful. Nothing but Nature, all around. Untouched. Alpine flowers, meadows, forests. The real stream trout with its wonderful patterns lives in these waters. 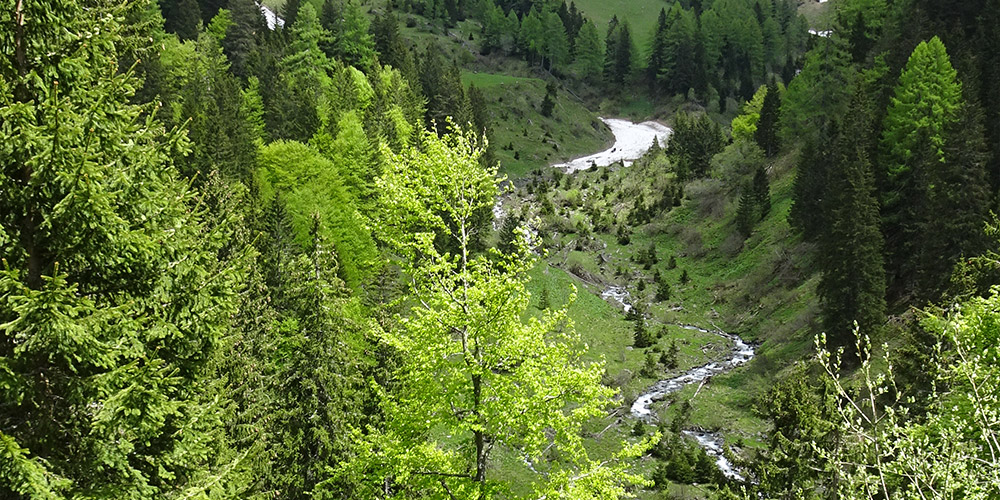 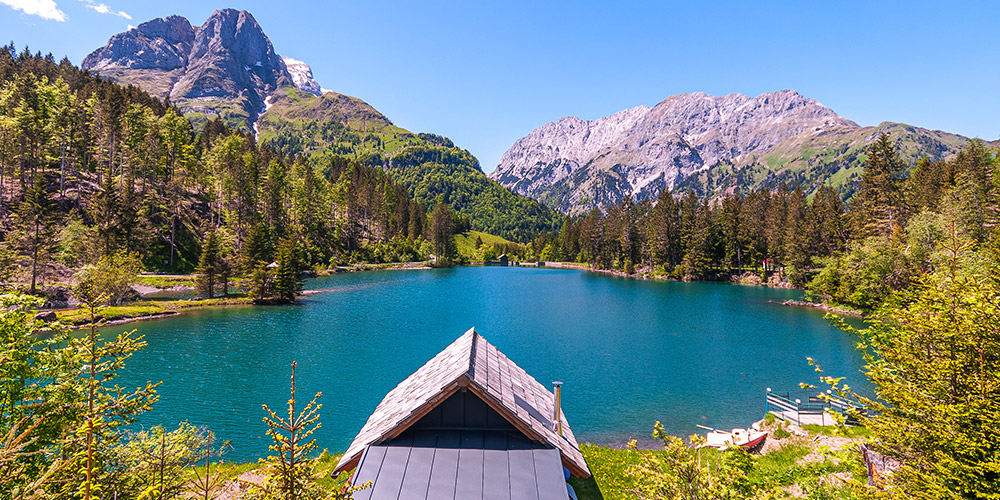 An artificial lake so beautiful, it rivals a natural lake. Absolutely natural banks, crystal clear waters that are a pale green, so clear that you can look deep down inside them: a lake set in an ideal alpine landscape, 1,250 metres above sea level: too beautiful to be true! The warm and welcoming Plöckenhaus is a 10 minutes walk away from the lake.

The tor of the Cellon is reflected in the lake. It is located at 1200 meters near the Plöckenhaus and it is fed by a torrent, the Kuchlbach. 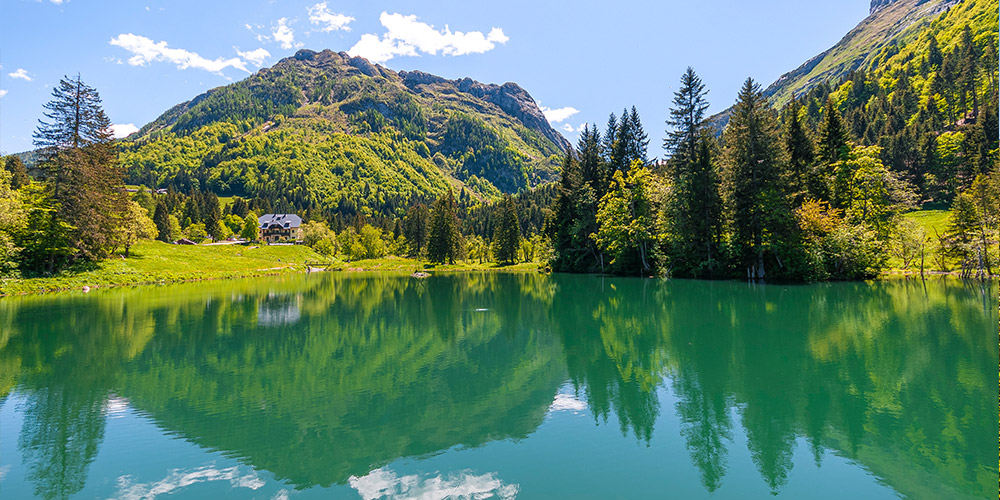